Browse our extensive range of greases, oils and lubricants. We have everything you need in the different sizes and formats. Our offer includes cutting fluids and greases to rust inhibitors and more.

Lubricants are used between two or more moving surfaces as a way to reduce friction. They have the quality that is most easily described as being slippery. Lubricants can be used in many different applications, environments and are used as protection against wear and tear. For example, in a bearing machine, the Lubricant will provide a load-bearing protective film that separates the heat sources and which means that the bearings do not overheat and get damaged.

Greases are lubricants that are typically used in areas where frequent lubrication would be difficult and where oils would tend to run off of the surfaces that need to be lubricated. They generally consist of vegetable or mineral oil, combined with soap. When greases are initially placed on a surface, they are in a semi-solid state. As they heat up, however, they become more viscous, providing lubrication for the parts.

Oils are viscous liquids and do not mix with water, but do mix with other oils. They provide a great deal of lubrication and can be used in a variety of different roles however they are extremely flammable. The oils that are used as lubricants can be derived from animal sources, vegetable sources and from petroleum, with motor being one of the most common examples of that type of oil. One of the most common functions of oil is protection against rust and corrosion. This is predominately used for equipment in outdoor environments.

What types of Greases, Oils and Lubricants Exist?

Lubricants can be separated as liquid or non-liquid, however, there are subtypes that are important to know. Petroleum-based lubricants are the most common subtype and are categorised by the oil used in them. This includes plant, animal or vegetable. Another factor that defines the petroleum type is the viscosity or their compositions and which set of standards are being used. These are commonly used in Foodstuffs. An alternative to petroleum is lanolin which is derived from sheep wool. Other types include, solid, natural and metals. 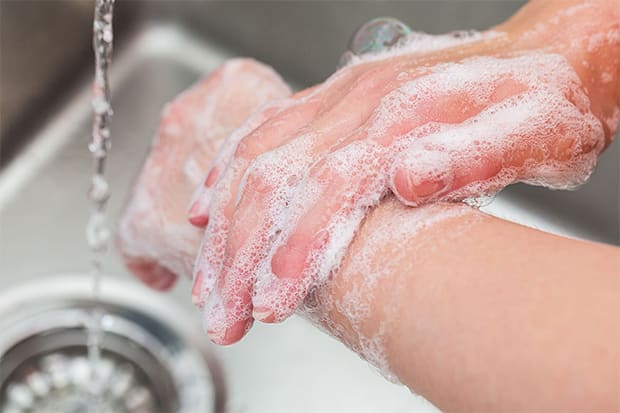 Our comprehensive guide looks at what hand cleaners &amp; soaps are, when &amp; how to wash your hands, as well as the different types of soap that are available.
Read more

Unsure if you need silicone grease or lithium grease? let us help make the selection process smoother with our complete guide to greases.
Read more